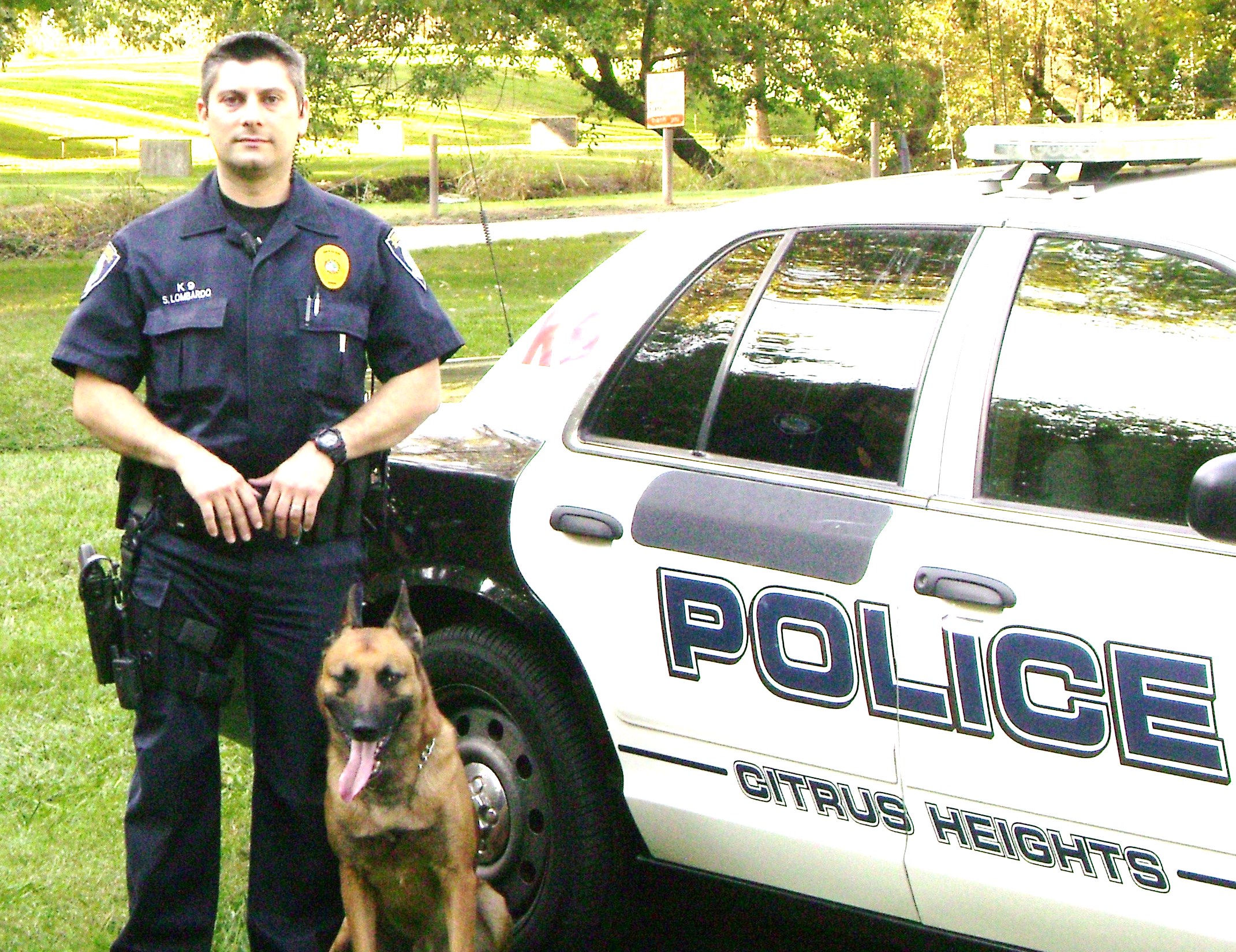 Officer Lombardo started his career with theYolo  County Sheriff’s Dept. He always wanted to be a K9 Handler. In 2006 he  joined Citrus Heights where he became a K9 Handler. He was partnered with his first K9, Darko. Darko was a German Sheperd imported from Germany. Darko worked the streeets over a year, logging hundreds of searches and apprehensions, before he had to medically retire. He misses working, but is enjoying retirement.

In September 2008, Officer Lombardo got a new partner, Bruno. Bruno is a young Belgian Malinois with LOTS of energy. He is trained in protection, narcotics, and tracking. Bruno has found lots of illegal drugs and really enjoys his job.

This site uses Akismet to reduce spam. Learn how your comment data is processed.